Tough tides: the sea reclaims its own at Byron Bay

Ocean tides: they do exactly as they please and we can only watch.

Sometimes ocean tides appear to do our bidding.  Here is my photo of a tide keeping itself nice, being at a low ebb with waves lapping a respectful distance from the shore.

The photo below shows the same pool but the tide is in and waves are making a frenzied takeover bid.

But - mostly - waves lose momentum at the next low tide, and peace is declared. 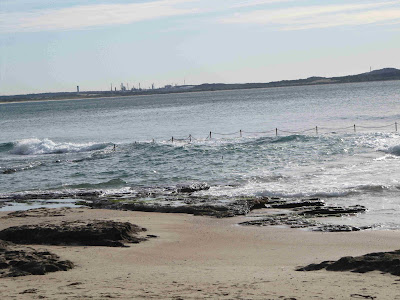 To another beach, this one being Byron Bay, a seaside town in the far-north eastern corner of  NSW, 772 kilometres north of Sydney and 165 kilometres south of Brisbane.

These photos were taken in 1996, after a cyclone tore away sections of beach.
Rogue waves stripped away sand and exposed what had been buried underneath 24 years earlier.
And it was not a trunk full of gold bars or a lost city.

In an attempt to slow erosion of the escarpment in 1972, old car bodies had been buried under the sand.  The cyclone uncovered a demolition derby rusted to a halt.


Subsequent cyclones reclaimed more of Byron Bay's beaches, and home owners within reach of these waves shored up their slopes with straw.


And, as cyclones continued to huff and puff and blow their beaches down, Byron Bay tried harmony and love...

I have more of these photos.  Let me know if I should load them.
Posted by wandagirl21 at 8:30 AM No comments:

The last word: tombstones from around the world

When the dying's done, the dead are not silent.

They are remembered long after they are gone, bookmarked with tombstones, plaques - and our own personal memories.

Here are a few ways that we have given the dead a voice.

But first, let me set the mood:

Now you are suitably chilled, your tour of the dead starts in New Zealand, with Jack's seat.

It recalls a dearly loved grandfather who lived long (1904-1991) and left behind a seat with this plaque which looks across valley near Queenstown.

It concludes 'as the family march ahead please look back as we the ancestors follow'.


Such cemeteries are where we find history.  This Boston cemetery is the resting place for Paul Revere.

This was one monumental burial.  When the volcano Mount Vesuvius erupted in AD79, it buried the entire town in ash and pumice.  It stayed buried for 1,700 years, yet the dead were still able to speak to us when they were unearthed.

Here are the preserved remains of two. 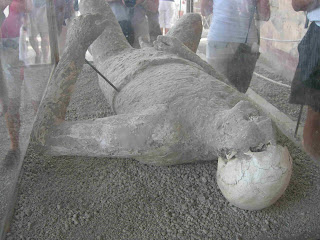 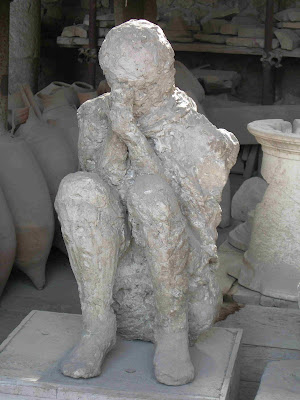 These figures are distressing: their last moments are frozen and we get to watch. They were buried before their time, so to speak.

This heart breaking tragedy, just beyond our living memory, was the sinking of the Titanic on April 15, 1912.  Over 1,500 people went down with her, and many of the dead went unburied.

Only 329 bodies were recovered, and 119 were buried at sea.  Many could not be identified so they were given a number.

Later, using such clues as clothing, some of the dead could be claimed by their relatives.  Others had be buried with a number alone.  Ultimately, 150 Titanic victims were buried in Halifax, 44 of whom were never identified.

(My thanks to Rodger who made the expedition to the Halifax Cemetery to take these photos.) 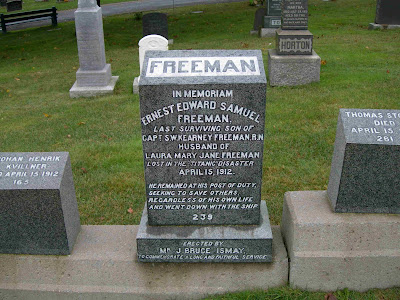 One of my favourite dead people is Lucy Maud Montgomery, author of the book Anne of Green Gables. 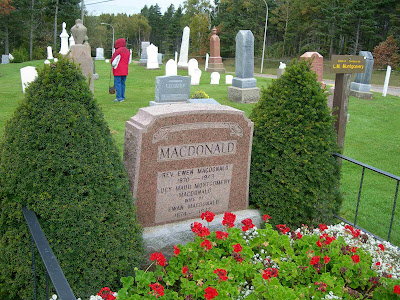 Despite the fact that Anne of Green Gables was a fiction, she was far more real to me than Lucy Maud.

I thank Lucy Maud for creating Anne, but she was not Anne.  There was no gravestone for my Anne, so I am declaring her not dead.

And as such, Anne lives on today, speaking through her books.

So many unburied here.  These photos were taken in 2006.

A cemetery near Gavle in Sweden

In Sweden, they not only bury their dead, but put them into deep freeze.

In Sweden, the winter sun hangs reluctantly just above the horizon for only a few hours, so the day is half lit with a sun about to set.  This photo was taken in the middle of the day.

The dead lie under a blanket of snow and in the windless chill, the silence is almost a presence. 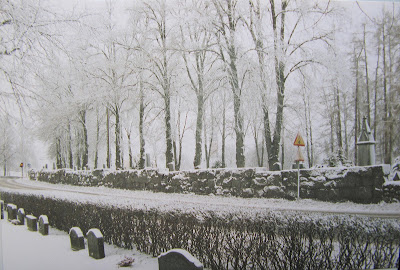 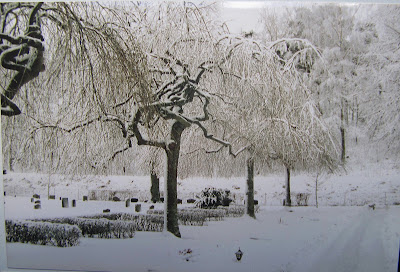 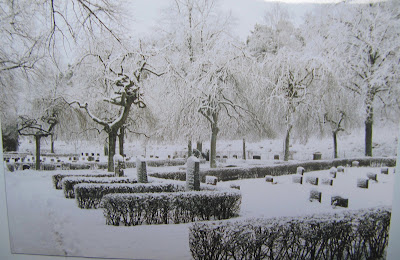 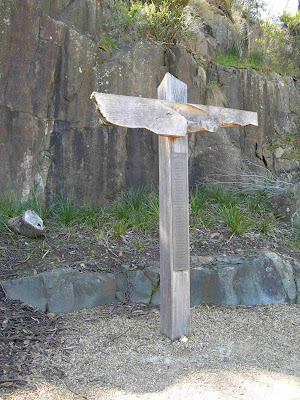 This single cross speaks of the 35 lives lost when Martin Bryant went on a killing spree in Tasmania's Port Arthur prison colony on 28 April 1996.  It was - and still is - a popular tourist site.  It was Australia's deadliest killing spree.


Last but not least:  Salzburg

Salzburg does a most decorative cemetery, lush with flowers, shrubs and statues.

(Note:  you can also tour my version of the spectacular Recoleta Cemetery in Buenos Aires.  You'll find it in the post called 'Buenos Aires' in this blog.) 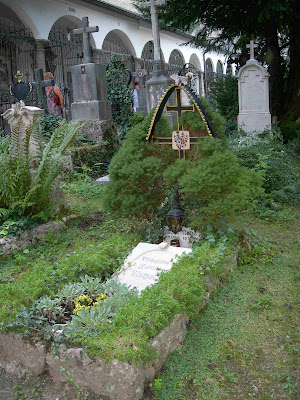 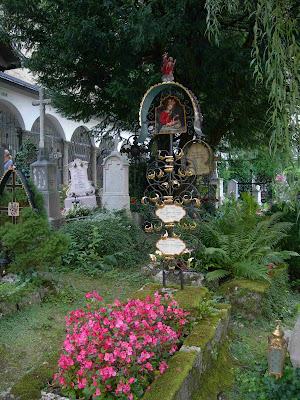 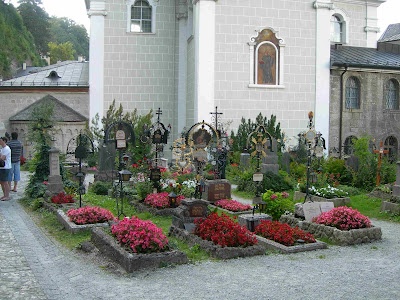 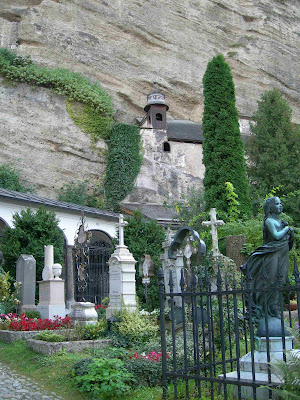 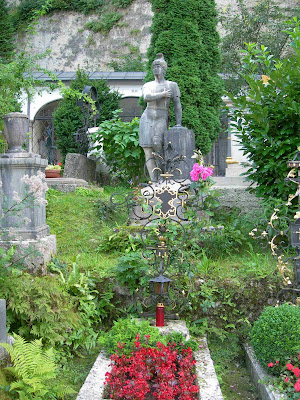 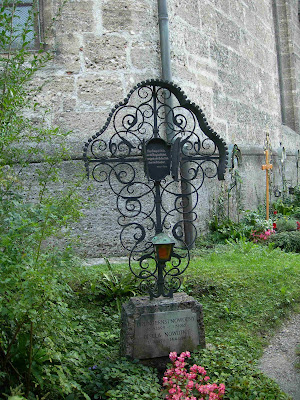